skip to main | skip to sidebar

OMX Stockholm 30 May Fall 16%, Swedbank Says: Technical Analysis
May 31, 2010, 9:24 AM EDT
By Adam Ewing
May 31 (Bloomberg) -- The OMX Stockholm 30 Index may slide 16 percent until it reaches resistance at the 38.2 percent Fibonacci retracement level, according to a technical analyst at Swedbank AB.
“I think there is a lot of negative sentiment out in the market and if the global macro picture doesn’t improve, I expect the OMX Stockholm 30 to reach the 860-880 level,” Stockholm- based Robert Oldstrand said in a phone interview today.
After surging 16 percent from this year’s low on Feb. 15, the benchmark gauge for Swedish equities has slipped 8.2 percent since its high on April 26 amid concern the economy’s recovery from the worst recession in seven decades won’t be sustained. The measure rose 0.2 percent to 980.76 at 3:06 p.m. in Stockholm today, a fourth straight advance.
“We have rebounded during the past few days and are now at a resistance level of 980,” Oldstrand said. “We are working under the scenario that the correction to the downside isn’t finished so I expect we’ll see more consolidation until the news flow turns positive and investors’ risk appetite returns.”
Fibonacci analysis assumes markets retrace earlier patterns in specific stages. A Fibonacci retracement level is created by taking two extreme points on a stock chart and dividing the vertical distance by the key Fibonacci ratios of 23.6 percent, 38.2 percent, 50 percent, 61.8 percent and 100 percent. If a price breaks through one of the levels, it may signal a move toward the next resistance or support point.
The 860-880 support level is based on the 38.2 percent retracement of the advance from the index’s 2008 low to the peak in April 2010.
Upplagd av tradingforlife kl. 14:54 Inga kommentarer: 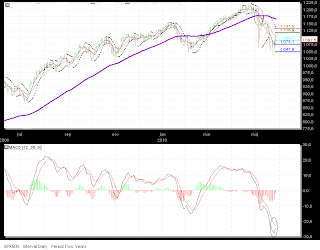 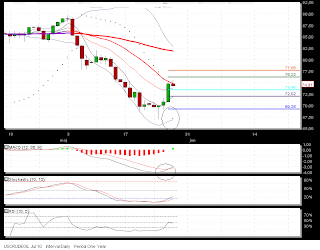 Crude-oil futures have lost 2.2% on the week. Oil has closed lower for eight consecutive sessions and ended down more than 2% on Thursday.

Financial stocks posted gains on Friday and were key for the reversal of fortunes for U.S. equities, which started the day lower. Investors felt relief the banking reform cleared the U.S. Senate.

But skittish investors continued to shy away from commodities and other investments considered risky.

"It's the flight from risk again," said Brad Samples, a commodity analyst with Summit Energy in Louisville, Ky. "People are piling on Treasurys and out of anything that hints of risk."


The recent efforts of European government and institutions, including a multibillion dollar rescue package, "are not enough to stem concerns about contagion," Samples added. Analysts at Summit believe oil may be headed to the lower $50s if the below-$70s weakness persists, he said.
MarketWatch.
Upplagd av tradingforlife kl. 00:51 Inga kommentarer:

May 21, 2010
Why Is President Obama So Worried About Greece
For now, the most interesting aspect of the Greek bailout has been President Obama’s audacious lobbying in favor of it. He has become deeply involved in what is essentially an internal matter of the EU – demanding bailouts from Germany and lecturing Greece on fiscal responsibility. Aside from a penchant for irony, the President of the most indebted government on Earth is likely motivated by fear of a real-life sovereign default making headlines. By encouraging Europe to bail out holders of Greek and Portuguese debt, Obama hopes our creditors will sleep soundly as well.

Had Greece been allowed to restructure, bondholders would have been forced to absorb real losses from a developed country for the first time in recent memory. That would have accelerated the current debate on sovereign debt, and led some investors to reevaluate all of their holdings. The last thing Washington wants is for holders of Treasuries to start taking a critical eye to its balance sheet. Under such scrutiny, global creditors might correctly conclude that it’s all Greek to them, and rerate our debt accordingly.
Upplagd av tradingforlife kl. 00:46 Inga kommentarer:

The Most IMPORTANT Video You'll Ever See (part 3 of 8)

I don't need to remind you of the frightening economic data Washington doesn't want you to know -- the nearly $13 trillion debt, 90% debt to GDP ratio (that does not even include the off-budget items, such as the $6 trillion owed by Fannie Mae and Freddie Mac, or the $50 trillion of unfunded liabilities for programs like Social Security and Medicare)... And I certainly don't need to reiterate the urgency of this situation. You know how severe the ramifications will be if we fail to take immediate action.

Peter Schiff`s comments on the economy, stock markets, politics and gold. Schiff is the renowned writer of the bestseller Crash Proof: How to Profit from the Coming Economic Collapse.
Upplagd av tradingforlife kl. 04:33 Inga kommentarer: 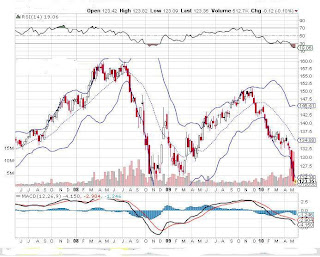 NEW YORK, May 17 (Reuters) - U.S. crude futures fell for
the fifth day in a row on Monday, hitting the lowest level in
five months amid worries that euro zone debt troubles could
stifle economic recovery and cause oil demand to falter.

Front month June crude CLMO also came under selling
pressure as options on the contract expired, with the contract
itself set to expire on Thursday.

"Crude futures fell today as the fallout from the euro zone
debt crisis continued. There was also pressure with the
expiration of the June crude options, with concentration seen
in the $70 puts," said Gene McGillian, analyst at Tradition
Energy, Stamford, Connecticut.

That could indicate that crude prices may be in for a
short-term bounce, technical analysts said.

The euro fell to a four-year low against the dollar on
nagging fears that euro zone's austerity measures will cause a
downturn in the region and curb global growth. [USD/] 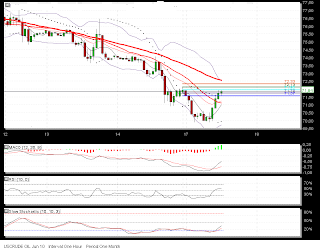 May 16 (Bloomberg) -- Oil, down 17 percent this month on concern the Greek debt crises will curtail energy demand, is likely to stay between $70 and $90 a barrel, the head of Credit Suisse’s European oil and gas group said.

“My expectation is that most people won’t change long-term price forecasts,” James Janoskey said in an interview in Doha, Qatar, today. “I haven’t sensed anybody panicking that oil is going to get back down to $30 or $40.”

Crude futures fell to a three-month closing low of $71.61 a barrel in New York May 14 as the Euro weakened and Deutsche Bank AG chief Executive Officer Josef Ackermann said Greece may not be able to repay its debts. Oil prices will average $80 a barrel this year and $87.25 in 2011, according the median of 40 analyst estimates compiled by Bloomberg.

Oil rose as high as $87.15 a barrel earlier this month from a low last year of $32.70 amid signs a pickup in world economic growth will increase energy demand and as the Organization of Petroleum Exporting Countries curtailed output.

“If oil gets down into the $50s and stays there for a while, I think there will be more pressure from OPEC to be more compliant,” Janoskey said.

Saudi Arabian Oil Minister Ali al-Naimi said last month that prices in the $70-to-$80 range are “as close to perfect as possible” and he hoped oil would remain in that range. King Abdullah has targeted $75 oil as a fair price for consumers and producers. Saudi Arabia is the world’s biggest exporter of crude.
Upplagd av tradingforlife kl. 03:12 Inga kommentarer: 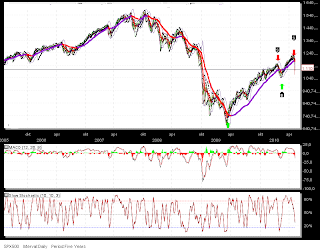 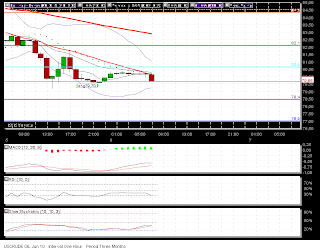 NO MATERIAL HERE CONSTITUTES "INVESTMENT ADVICE" NOR IS IT A RECOMMENDATION TO BUY OR SELL ANY FINANCIAL INSTRUMENT.